Can Brain Understand The Brain?

Can Brain Understand The Brain?

“Biology gives you brain. Life turns it into a mind.”
-Jeffrey Eugenides, Middlesex


That was an inspiring talk by Prof .K.J. Rao*! 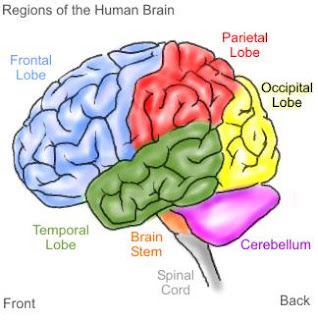 While I accidentally stumbled upon the event  and entered the auditorium with the preconceived notion that the topic would be totally medical one (outside my purview), and hence occupied a seat close to the exit door, so that I could silently sneak out at any stage during the course of the lecture.  Believe me, I was the last to exit along with the Professor.  So captivating was the talk! And so audience-friendly was Prof. Rao.

Though each slide contained obvious medical and technical terms, the manner in which Prof. Rao synchronized it to our brain made the talk and the evening a memorable one.  What is more, I even made an effort to take some notes.  I wouldn’t call this an article or a story.  These are some of the concepts not just academic but something which every human should be aware of those related to the parts/ functions of the brain.  I have made an attempt to cull out the essentials from the mix of medico-technical stuff of the presentation, which might more sound like answers to short-notes questions in an examination. Bear with me, otherwise!

Each half of the cerebrum, said to be the famous and largest part of the brain (85% of the brain), has four different lobes that each one controls: a) speech b) vision c) movement and d) ideas, thinking and planning.

Interestingly, the weight of the human brain is 1400 grams.  (Is it the same for every body, both  men and women?).
The cerebrum is divided into two hemispheres.  The left hemisphere controls movements on the right side of the body, receives the auditory input for the right ear, visual input from the right half of the visual field, and vice versa.

It is very exciting to know the growth of the brain during pregnancy.  By 40 weeks, the brain increases in its size and complexity. The number of neurons (nerve cells) in the brain does not increase after birth, but the links between the nerves continue to develop.

Brain cells cannot divide and replace themselves like other cells in the body.  By the time people enter their 60s,70s,80s and 90s, they might have lost about 5 to 20 per cent of their original tissue. That is why some older people (of course, not all!) slow down mentally or have trouble remembering.

Human brains are ultimately high in complexity.  There are over 100 billion neurons (can be compared to the number of stars in the milkyway?).  Each making 1000 – 10000 connections and the total connections works out to about 100 trillion  -  a figure beyond human comprehension.

Prof. Rao clarified that “even the most powerful computers in the world today are crude machines compared to the exquisite complexity of the human brain”.

The brain is fed by large arteries that carry about 1700 ml of blood to the brain every minute.  This blood supply is its only source of nutrients and oxygen.  The brain uses 20 per cent of the oxygen needs of the whole body.  If blood supply is interrupted by blood clot, brain damage will quickly occur, resulting in a stroke.   Many small blood clots (mini-strokes) over a period of years cause cumulative damage which is responsible for about 20% of dementia (progressive deterioration in the ability of processing thought) in elderly.
=====
Beware of “drugs”!  You will never be yourself again.
People on drugs are wasted all the time and don’t grow.  Being high turns off that subtle part of life in which we process our experiences and ideas and develop insights.
=====
Brain waves, we get all the time.

Alpha waves – Truly relaxed;  fresh creative energy brains  begin to flow, fears vanish and one experiences a sense of peace and well-being.
Theta waves – deeper relaxation and meditation.  Brain activity slows almost to the point of sleep;  restores long forgotten memories.
Delta waves – the slowest of brainwave activity is found during sleep and dreamless sleep; also sometimes found in experienced  meditators.
Hippocampus (involved in the formation of new memories and is also associated with learning and emotions) is intimately involved with memory processing and the frontal cortex (which regulates decision making, problem solving, consciousness and emotions) with logical and rational thought.  These are affected severely in Alzheimer’s Disease patients.
=====
Memory is a great gift of nature.

Working memory – very short term memory for things being experienced now is working memory.
Non-Declarative memory – includes skill learning, implicit learning and habituation.
Declarative memory and Hippocampus -  Declarative memory covers the memory of facts such as events and names, which do not need to be repeated for them to sink in.  Experiences which are destined to be laid down as long term memories are shunted down to the hippocampus where they are held in storage for 2-3 years.
=====
Dreams consist partly of a rerun of things that have happened during the day, fired up to the cortex by the hippocampus.
Memory is created by association between a group of neurons such that when one fires, they all fire, producing a specific pattern.
=====
Alzheimer’s disease – a brain disorder named after German physician Alois Alzheimer, who first described it in 1906.  (Parkinson’s disease belongs to this group).
-Areas of the brain tissue are damaged and messages do not transmit, causing the symptoms of the disease. There is a slow but relentless destruction of nervous cells.  This destruction leads to selective loss of mental function, especially memory.
Patients with advanced Alzheimer’s disease – Memory loss (especially for recent events), confusion, poor concentration, disorientation and sometimes changes in personality.  In later stages it may be accompanied by aggressive behavior, depression or a tendency to wander off.

Eventually, almost complete loss of memory, failure to recognize surroundings and loved ones, loss of language, and of the ability to recognize and use of familiar objects.  The individual becomes fully dependent for all their basic needs.


The most tragic, isn’t it?

My doubt: Can Brain Understand The Brain?  Appears more a paradox!
=====


There were plenty of feedback queries like brain vs dream, brain vs coma, brain vs epilepsy, brain vs mind, brain vs hypnosis....that  comes to mind.  Due to paucity of time, it is left to, probably,  another session.